Internet Explorer 8 or 9 is not supported by this website. Please use a more up to date browser.

Offering reliable and repeatable assembly methods, the assembly-by-torque (AbT) fitting assembles quickly. Assembly to a pre-determined torque facilitates reliability and repeatability of fitting assemblies. In tight spaces, the AbT fitting can be assembled by hand, with no special tools required. For difficult-to-reach or confined space applications, preswaging prior to assembly eases installation and speeds up production.

Swagelok AbT fittings utilize a unique stop feature, known as a dynamic zone (patented), integrated into the highly-reliable, widely used, Swagelok tube fitting. In all sizes, the design controls axial displacement of the nut during assembly and disassembly.

AbT fittings feature a patented dynamic zone feature on the nut which provides a prescribed resistance, at a predetermined position, during the assembly-by-torque installation pull-up. These unique nut and ferrule sets can be assembled to standard Swagelok tube fitting bodies to create an assembly-by-torque tube fitting. 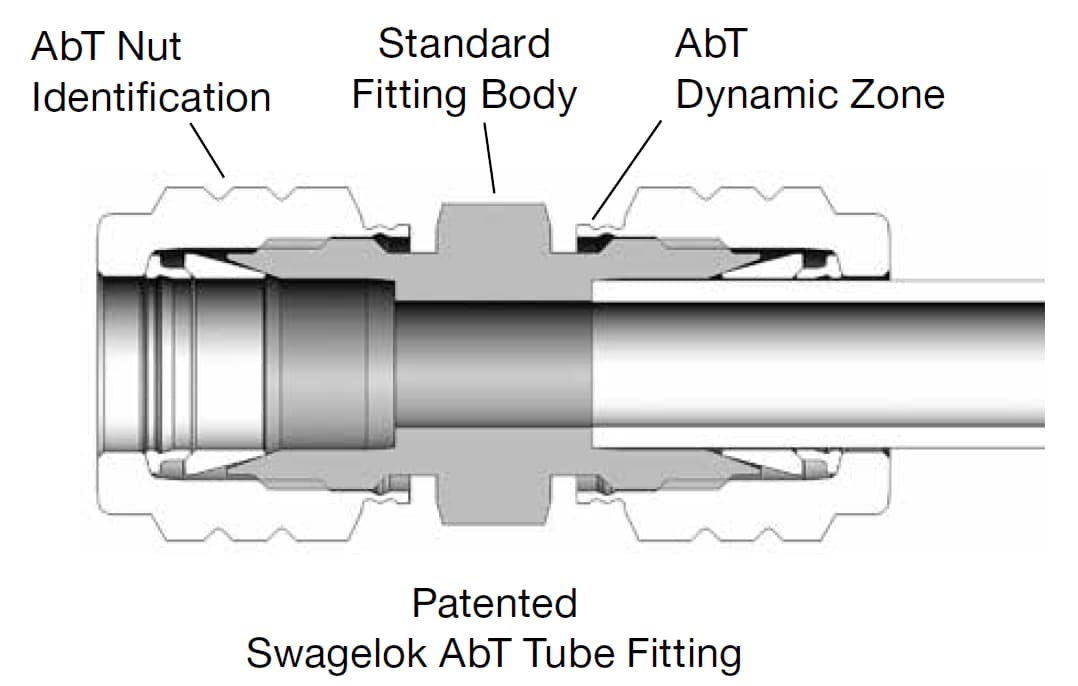 The AbT fitting's design allows for fitting assembly and reassembly like a traditional tube fitting by using a torque wrench.

Pre-swaging tube fitting ferrules to the tube prior to assembly eases installation of tube fittings. After pre-swaging, the AbT fitting assembles quickly with commonly available torque tools, facilitating assembly in tight spaces. 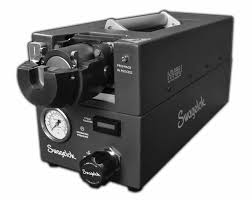 High-volume Swaging Unit (HVSU), available for all AbT sizes